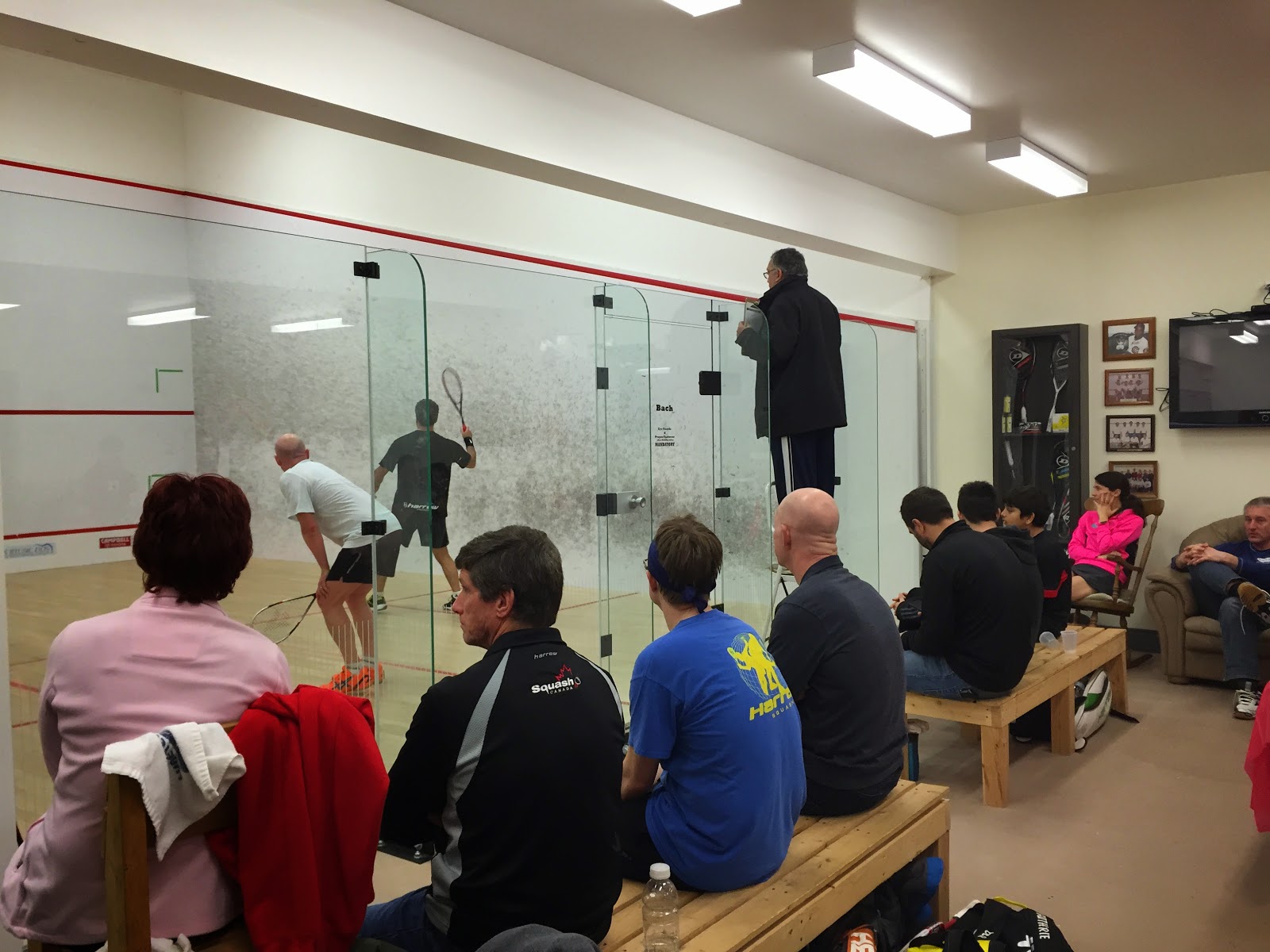 This weekend many of Windsor's finest squash players took part in the Campbell Classic in Chatham.  Dan VanMorsel always hosts a great tournament, keeping his guests well-fed and well-hydrated all weekend.   Looking at the draw you might of thought it was a Windsor junior tournament as many of our juniors took part and knocked off many of the adults.
The 5.0 draw saw all of Windsor's players go down in the first round, but in fairness to them, it was a very strong draw.  The winner was Spencer Robitaille from McMaster university.  The 4.5 draw was a groundhog day match between bitter rivals, Mike Wilbur and Barry Leavitt.  As Mike is a part-time Chatham resident, home crowd was definitely in his favour as he edged past Barry.  Better luck this Wednesday Barry.
The 4.0 draw was the largest of all the draws yet Aaron Nagy made his way to the finals.  His opponent was a hard-hitting and endless-retrieving player.  Eventually he got to young Nagy as
Aaron had trouble controlling his usually tight shots.
The 3.0 draw was dominated by Windsor juniors with Usman Khan emerging victorious.  Honourable mention go to Al Valente and Dave Guthrie for their entertaining match :)

It seems like so long ago now, I believe at the time there was green grass and the sun was shining.  And to think we thought it was cold that day....... Yes the 1st annual (hopefully) WSF Golf Tournament.  10 foursomes battled it out at Belleview but only one team remained at the end.  I am not going to mention who.  They have boasted, tweeted, facebooked enough about it and keep talking about a repeat that they don't need any more recognition.  Conveniently, one of that foursome took upon himself to have a plaque made up to adorn the squash halls of the winning foursomes.  I'll leave it up to you to find it. 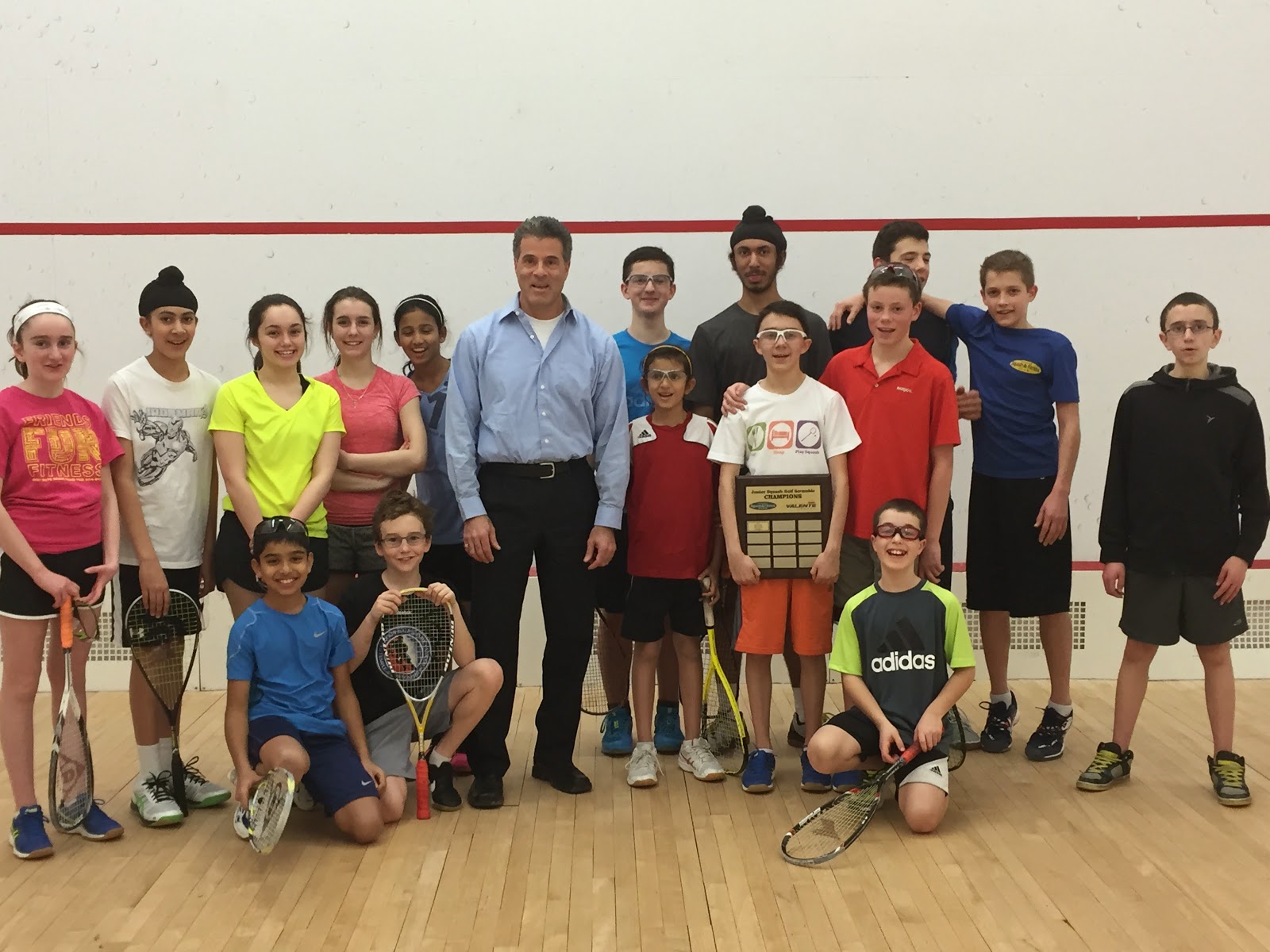 Another busy weekend for our juniors.  Today was the fifth stop on the Gary Waite Tour.  This stop brought us to Sarnia but unfortunately for many, weather played the deciding factor here.  Early morning snow squalls in the Sarnia area prevented many players from making it to the tournament.  Windsor, however, was once again well-represented.  Ryan Guthrie extended his lead in the overall points by winning his division.  Luca Dalla Bona also extended his lead by defeating Hannah Guthrie in a very tight final.  Jagroop Bhangoo faced a tough draw but managed a 4th place finish.  Dylan Charles and Kolten Brousseau continued their rapid improvement with some great wins over tough opponents.

Other juniors opted for the next stop on the Gold Tour in Toronto.  Congratulations to Amin Khan for winning the U13 draw.
at 8:44 PM 2 comments: