This past weekend Windsor hosted 101 of the best squash players from across Canada.  We literally had players from sea to sea.  Due to the success of last year's event, Windsor was awarded a CORE Gold Event.  A CORE event allows players to earn points towards participation on national level teams.   Including parents and players, we had over 200 people in our club this weekend.
Play began on Friday at 4pm and continued straight through until Sunday afternoon.  Once again, Windsor had many players competing (19) and all the Windsor players represented themselves in an exemplary manner.  Ananya Maheshwari continues her domination of the Girl's U11.  Ananya has yet to lose a game in this division this year.
The last match of the tournament saw David Mill try and make it 2 for 2 in Gold tournaments.  David cruised to an effortless 2-0 lead before his opponent began attacking and forcing David into making some critical errors.  Game 5 was tight all the and ended up having to go to extra points.  Unfortunately, David could not hold on.  Despite the loss it was an excellent match.
A big thanks goes out to Anis Khan for arranging to have many dignitaries come out and join us for the evening including Mayor Drew Dilkens and MP Brian Masse.  Not only was the food great, supplied by Windsor Palace, but the evening provided the perfect opportunity to hand out some well-deserved awards.  A new plaque was created to honour the previous junior club champions.  As well, in what we hope will be an ongoing traditon, the first ever school bursary was awarded to 3 of our oldest juniors who have moved on to other academic challenges.  Congratulations to David Mill, Marcus Moceri and Stefan Houbtchev.
Despite all the great squash, the most gratifying moments from the weekend were all of the 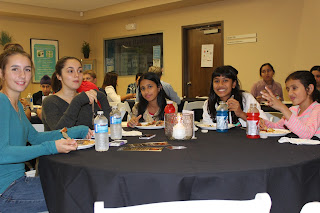 compliments that were given to us by the visitors.  Many people said that we put on the best tournament of the year and it was the highlight of their season.  The out of towners kept commenting on how friendly the people of Windsor were.  Well done Windsor!  It is reasons like that that we will continue to get these big events from Squash Ontario.
Any matches that were played on Court #2 were streamed and can be seen here.  Also, here are all the pictures from the weekend.  Complete results of the weekend can be found here. 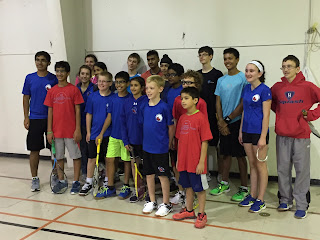 The Gary Waite Tour of 2015/16 has officially begun.  The first host site was Huron Oaks at Sarnia.  38 players took part in this event and over half of them from Windsor!  Not only did we have many first time tournament players playing but we had many veteran players returning to get some more tournament experience.  In the end, tour veteran Jagroop Bhangoo lost out to tournament newcomer Manav Mehta in a very tight final.
at 7:20 PM No comments: