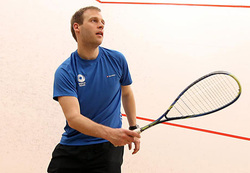 Graeme has been involved in squash since the age of 8 yrs. After a moderately successful junior and student career, he became interested in helping others learn the game through coaching.

Graeme was fortunate to work as an England Squash & Racketball Regional Coach between 2009 – 2012 as well as work on various National Squads between 2010 – 2012 before relocating with his family to Canada.

In 2010, he was selected as Great Britain Team Coach for the World University Squash Championships in Melbourne, Australia. This was followed by being selected one of three England Coaches at the 2011 5-Nations-Team Championships. 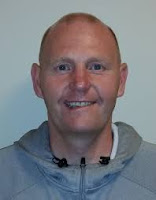 Before arriving in Canada in 2011, Dave spent 12 years at Wycliffe College where he worked with some of the top juniors in England.  He came to Canada as the Squash Professional in London, Ontario.  In 2013, Dave chose to come to Windsor to work with his friend.  He is one of the most experienced coaches in Canada (Level 4 Coach) with over 30 years of coaching experience.

Dave offers private lessons.  Contact Dave to book a lesson with him.

Ryan is the newest addition to the coaching staff.  Ryan is a graduate of Windsor's Junior Program and has earned his Level 1 Coaching Certification.  He is currently working on his Level 2.  Ryan is also a student at St. Clair College.  Ryan offers private lessons.  You can email him here or call him at (519) 981-3295.

Email ThisBlogThis!Share to TwitterShare to FacebookShare to Pinterest
Home