In a groundbreaking innovation made possible by ASB, the world leader in glass squash courts and AIDA, the German cruise company, squash is reaching new frontiers by taking to the high seas.

In future squash enthusiasts will be able to pursue their favourite hobby while crossing the ocean on a modern cruise liner.Currently undertaking her maiden voyage after a spectacular launch ceremony in Hamburg, the AIDAdiva set sail with a permanent all-glass, open-air court installed on her top deck, just behind the funnels.With all parts specially designed for sea-worthiness, the court, which features ASB's groundbreaking glass floor, offers spectacular views of the other sports facilities of the liner, as well as the ocean, the sky, and any passing landmarks.The anti-skid floor, mounted on a sprung aluminium base, is just one aspect of the newly developed court. The large wall panels are made of safety glass and are elastically fixed to a newly-developed supporting frame, designed to cope with the extra demands places on the court by life on the high seas. 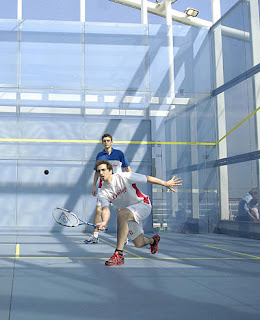 Oddly enough this is not the 1st Time that a Squash Court was built on a cruise ship. The Titanic which made it's maiden voyage in 1912 had a Squash Court as well. Unfortunately we all know how that turned out. 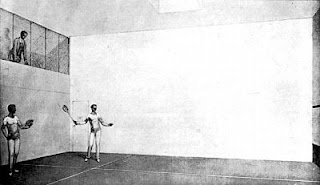 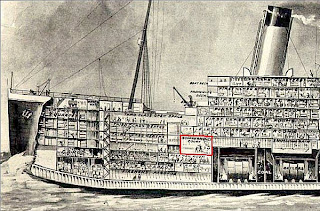 Email ThisBlogThis!Share to TwitterShare to FacebookShare to Pinterest
Labels: Squash at Sea, Titanic